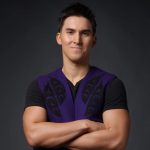 In July of 1976, at a First Annual Gathering of the Tahltan people, a collective decision was made to unite the people under a democratic system which would represent the interests of the Tahltan Nation, thus forming the Association of United Tahltans.

Tahltans at the meeting chose this system, and the constitution of the association was ratified.

Later in 1976, a comprehensive composite map was created and can be confirmed by the writing of early historians and anthropologists. Following the land piece, the structure of the association was formed to outline directors and executives.

In 1985, the Association of United Tahltans was renamed to the Tahltan Tribal Council (TTC). From 1990, the bands withdrew their support for the TTC and the organization dissolved from 1998 to 2001. From 2001 to 2002, the TTC was reinstated and changed its name to the Tahltan Central Council (TCC).

The TCG is the central administrative governing body for the Iskut Band and Tahltan Band located in Telegraph Creek. It represents approximately 5000 members of the Tahltan Nation living on- and off-reserve.

The purpose of the TCG is, among other things, to define and protect Tahltan inherent aboriginal rights and title, to protect the eco-systems and natural resources of Tahltan traditional territory through pursuing sustainable economic development, and to strengthen the cultural wellness of the Tahltan Community by promoting traditional values based on the concepts of caring, sharing, cooperation, truth, honour, fairness and above all, respect. The board of the TCG is comprised of one representative from each of the ten Tahltan families; the executive consists of a Chairperson, Vice-Chair, and Secretary-Treasurer. The executive is elected, for two year terms, at the annual general assembly (AGA) held each summer; the family representatives are nominated by the families each year and elected/ratified at the AGM.

The guiding principle of the Tahltan Central Government remains the Declaration of the Tahltan Tribe. In 1910, as part of a growing movement to assert First Nations rights on the coast and the southern interior of BC, the chief of the Tahltan Nation, Chief Nanok along with 80 other members of the tribe signed the declaration. The document claims sovereignty over Tahltan land and declares any land interests concerning the traditional territory of the Tahltan Nation to be settled directly with the Tahltan people. It represents a legal declaration of rights of Tahltan individuals to the Canadian government and British monarch. Tahltans have yet to extinguish their Aboriginal title by any other legal process.

DECLARATION OF THE TAHLTAN TRIBE

We, the undersigned members of the Tahltan tribe, speaking for ourselves, and our entire tribe, hereby make known to all whom it may concern, that we have heard of the Indian Rights movement among the Indian tribes of the Coast, and of the southern interior of B.C. Also we have read the declaration make by the chiefs of of the southern interior tribes at Spences Bridge of the 16th July last, and we hereby declare our complete agreement with the demands of the same, and wit the position taken by the said chiefs, and their people on all the questions stated in the said Declaration, and we furthermore make known that it is our desire and intention to join with them in the fight for our mutual rights, and that we will assist in the furtherance of this object in every way we can, until such time as all these matters of moment to us are finally unsettled. We further declare as follow:

Signed at Telegraph Creek, B.C., this eighteenth day of October, Nineteen hundred and ten, by