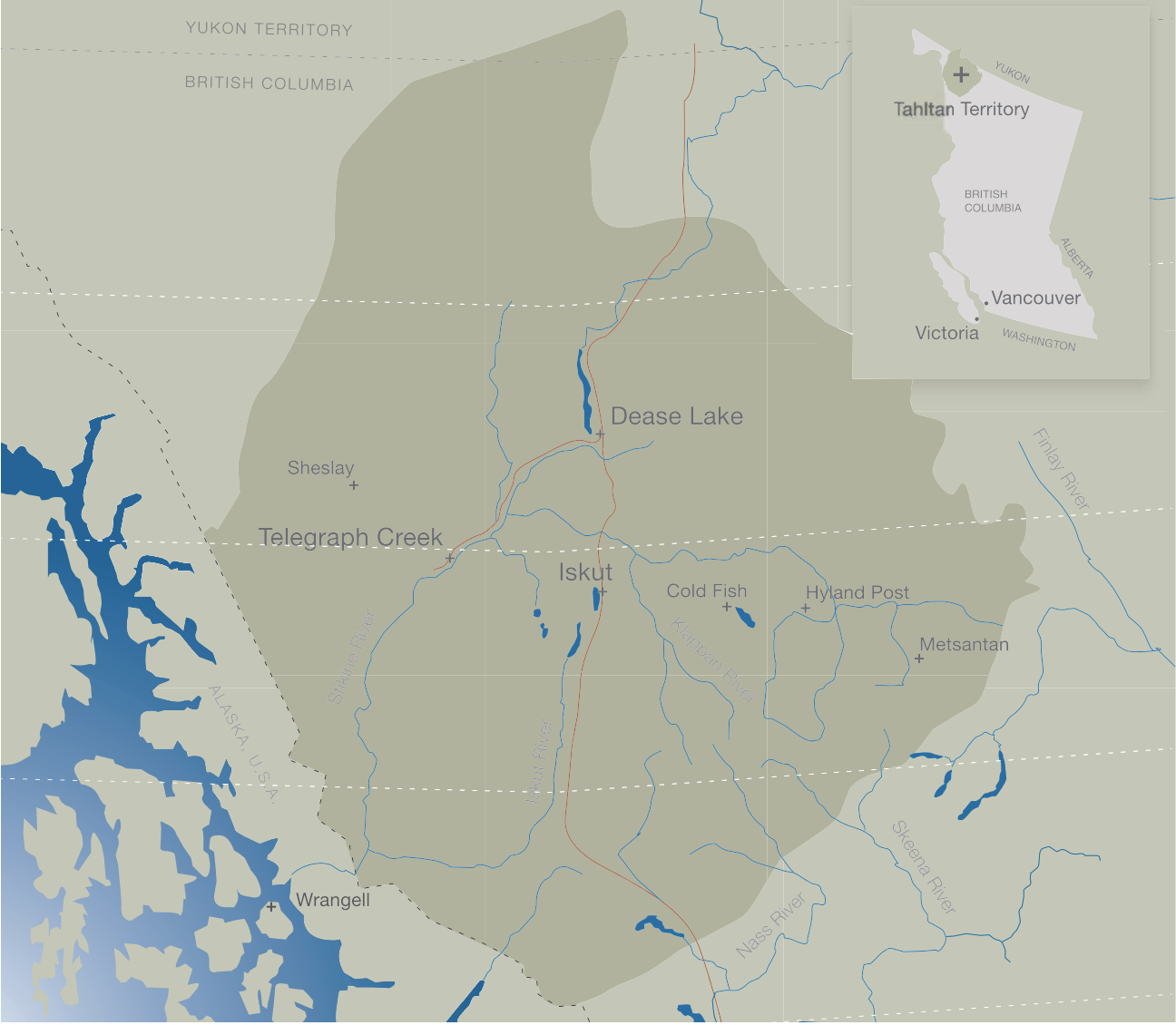 “Tahltan Territory is 95,933 km² or the equivalent of 11% of British Columbia. If the Tahltan Nation were its own country, we would be bigger than Portugal and slightly smaller than South Korea. The territory is rich in natural resources and continues to garner international attention for its mineral potential and abundant wildlife.”

The north/western border runs parallel to the Alaskan/Canadian border, and includes part of the Yukon Territory. The south/eastern border includes the upper Nass tributaries and western half of the Stikine plateau, including the sacred headwaters of the Stikine, Nass and Skeena rivers.

Tahltans currently make up over half of the residents in Tahltan territory, dispersed between three main communities: Telegraph Creek, Dease Lake and Iskut.