Doubleview’s mineral claims are in a culturally sensitive area and the company has a track record of being disrespectful towards the Tahltan Nation, including unsuccessfully taking legal action against Tahltan Leaders and Elders in 2015. The TCG made many reasonable attempts to work with Doubleview in a respectful manner but the company has repeatedly failed to conduct its activities in a manner that is consistent with the United Nations Declaration on the Rights of Indigenous Peoples (UNDRIP) and has chosen a path of uncertainty and conflict with the Tahltan people.

“Tahltans take pride in working meaningfully with industry partners and the Province, but this company has continually been disrespectful and resistant to following the protocols and processes we have in place with mineral exploration companies throughout Tahltan Territory. We will be taking all actions necessary to protect our land and resources, including keeping Doubleview from pursuing their interests in our Territory any further” said President Chad Norman Day.

The collective Tahltan Nation holds Aboriginal title and rights throughout Tahltan Territory, which is one of the most mineral-rich regions in British Columbia. Although the Tahltan Nation generally supports mining and exploration activities, these activities must be carried out in accordance with Tahltan laws and policies. To this end, the TCG has developed an engagement framework that applies to mineral exploration companies operating in their homelands. This framework allows the TCG to oversee activities in Tahltan Territory and to meaningfully engage their communities and people. Over thirty companies have signed off on the framework.

Doubleview has failed to conduct its operations according to Tahltan protocols and refuses to abide by the TCG’s engagement framework. As a result, the Tahltan Nation will adamantly oppose Doubleview’s continued operations within Tahltan Territory and will take further steps to ensure the company’s activities will cease.

As Canadian law moves towards the standard of free, prior, and informed consent, as is recognized by British Columbia’s passing of the Declaration on the Rights of Indigenous Peoples Act, the Tahltan Nation expects that the Province will take steps to ensure that Doubleview is not granted any further permits or interests within Tahltan Territory.

It is imperative that exploration and mining companies wishing to operate within Tahltan Territory do so in a respectful manner, as they are guests in Tahltan Territory with provincial permits, most of which were not granted with Tahltan support or consent.

This should serve as notice that the Tahltan Nation will not tolerate any company that attempts to operate within Tahltan Territory if they fail to build a respectful relationship with the Tahltan governments and communities through respecting Tahltan laws, protocols and the distinct title and rights of the Tahltan people. 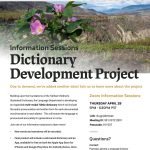 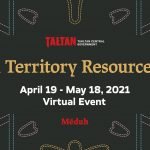